PDA (Persistent Ductus Arteriosus) is a congenital disorder that, depending on its size, can cause serious problems at any age.

What is normal in intrauterine life and just after birth (conduct connecting both circulations, the aorta and the pulmonary artery), when the lungs expand and circulating oxygen increases, tends to close in the neonatal period due to endo-proliferative stimulation of the conduct together with vasoconstriction by smooth muscle fibres.

Although persistence is favourable in some cardiopathies with reduced pulmonary flow, persistence of the ductus causes a left-right shunt, connecting the two circulatory systems. As there is greater pressure in the aorta than in the pulmonary artery, each heartbeat causes a systolic-diastolic flow from the former to the latter. This leads to the development of pulmonary hypertension in the long term.

Symptoms depend on the size of the ductus and the shunt. If large, it usually presents with heart failure in childhood, and nearly always requires mechanical obliteration. If small, the ductus can go unnoticed until it is detected in a routine health check, as it causes a characteristic murmur. It is usually closed after diagnosis.

Classically, ductus has surgical treatment requiring thoracotomy and tying or cutting the conduct. Since the early 1990s, however, devices have been designed for its transluminal close through a vascular puncture. Occlusion of the ductus can be with coils or other devices.

Once again, the devices designed by Dr Amplatz are the most commonly used. The procedure is percutaneous (femoral vein and artery), does not require anaesthesia in young patients and adults, and is guided by radioscopy and angiography. A cannula is passed through the conduct to carry the device there, the distal part is unfolded and then taken to its correct position, where it is ultimately implanted.

In the following month, a neo-endothelial film covers the aortic and pulmonary parts in contact with blood. All prostheses require prophylaxis against endocarditis and completely aseptic procedures. Our group has made scientific contributions to the development of these procedures (References, publications 1992 Sequential transcatheter treatment of combined coarction of aorta and persistent ductus arteriosus, publications of Corpal Group 2016). 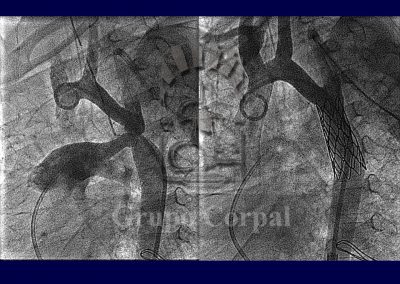 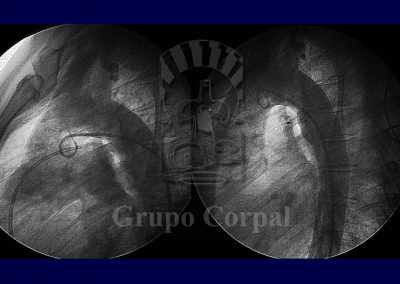 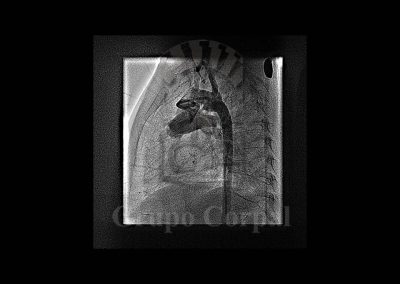 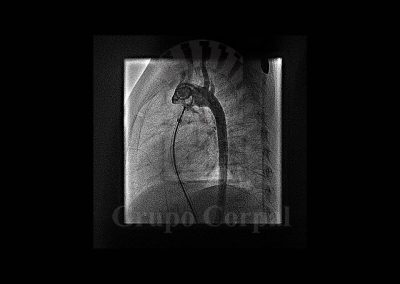 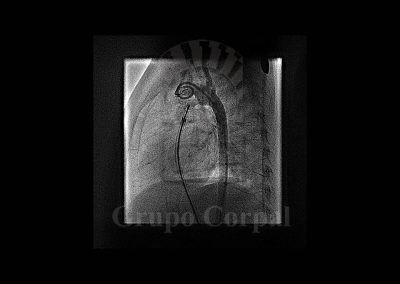 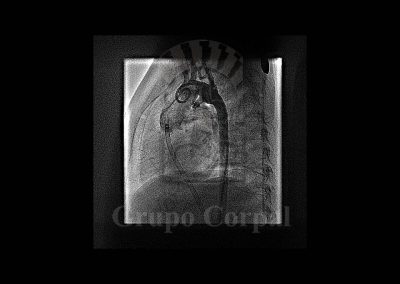 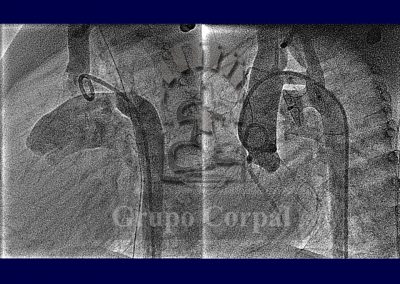 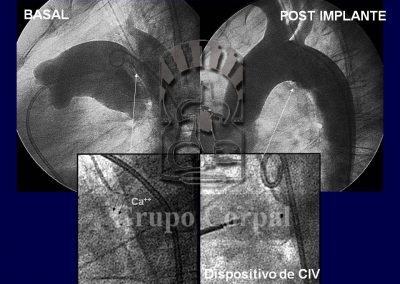