The surgical implantation of metal and biological valve replacements requires their suture to the ring of the resected valve. Occasionally, because the ring is either weak or calcified, one of these sutures can open, causing a high-speed peri-prosthetic regurgitation leak, which can lead to haemolysis. If the leak is significant, it can also cause peri-valvular insufficiency that could also lead to heart failure. If the symptoms are important, the need for surgery to suture the leak can be contemplated, as can a new valve replacement if dehiscence is significant.

In either case a repetition of the leak is not uncommon, as the sick tissue persists after the second intervention. This is a serious problem in some patients, which is difficult to solve. Fortunately, percutaneous procedures to close or occlude these leaks have been under development since the turn of the century. The implantation of small occlusive devices at the leak site can ensure complete closure and the resolution of haemolysis and heart failure. Over the years, these devices have been improved to adapt to the half-moon shape of the most common leaks.

Mitral and aortic peri-prosthetic leaks are now closed percutaneously. The former are somewhat more complex, particularly when the patient also has a normally functioning aortic prosthesis. The results are excellent, and generally avoid repeated surgeries and resolve haemolysis-induced anaemia.

From a technical perspective, this is a complex procedure, and only experienced teams can perform it. Under general anaesthesia, with haemodynamic and transoesophageal ultrasound monitoring, the objective is to cross the regurgitation site with a hydrophilic guide, and use it to establish a venous-arterial circuit with the two ends. We thus take a cannula to the leakage point with an Amplatz device (Nitinol). Once the distal part is in the exterior, the cannula and device are pulled with ultrasound and scopy control. When the distal part has been put correctly with gentle pull, the waist and proximal part are then extracted. Once we are sure that the position is correct, the device is released from the carrier wire.

As mentioned earlier, the procedure is more complex for mitral leaks, as the interatrial septum has to be punctured from the left atrium, a catheter has to then pass through the atrium with a loop to catch the guide passed backwards from the left ventricle. The guide is then pulled to the exterior on the venous side and the circuit is established to perform the procedure as described.

This circuit is not always necessary in the case of aortic paravalvular leaks. It is sufficient to cross the leak backwards from the aorta, leave the guide lodged in the left ventricle and take the cannula there to insert the Amplatz device in the distal portion, then releasing the middle and the aortic portion. When the correct position is ensured by angiography and ultrasound, the device is released and occludes the leak. 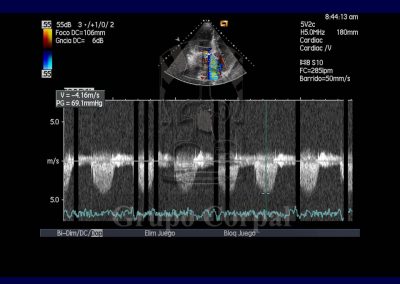 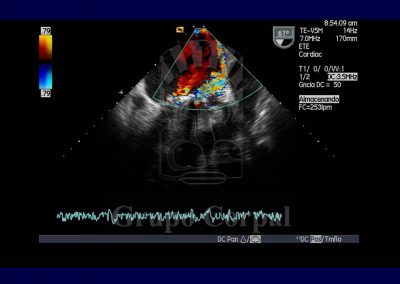 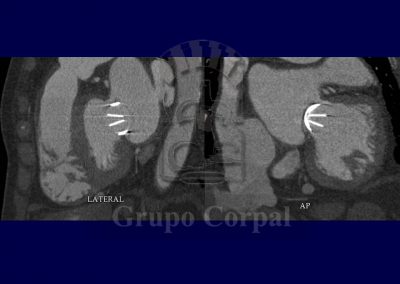 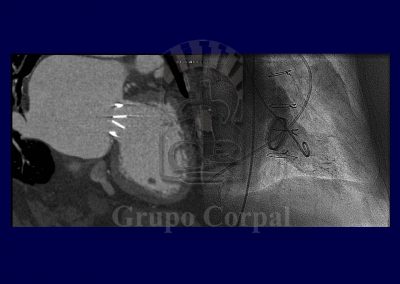 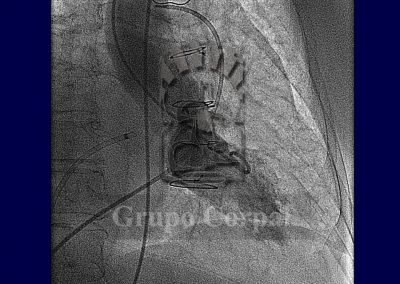 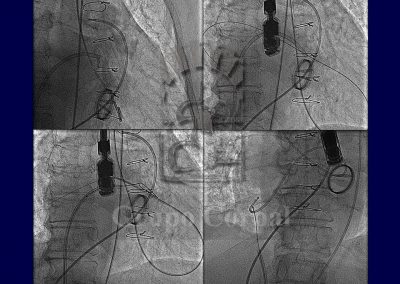 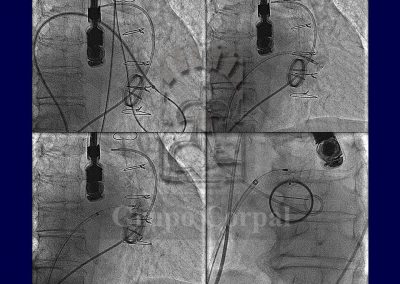 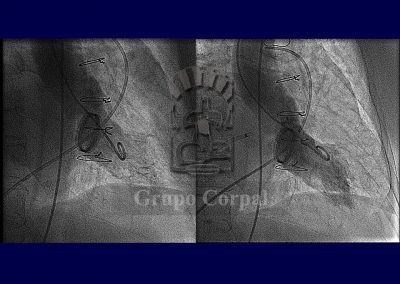 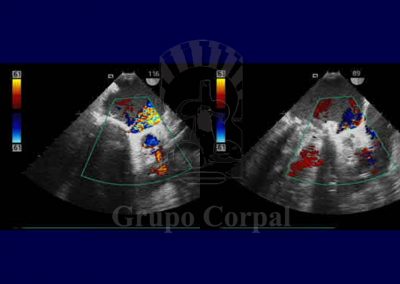 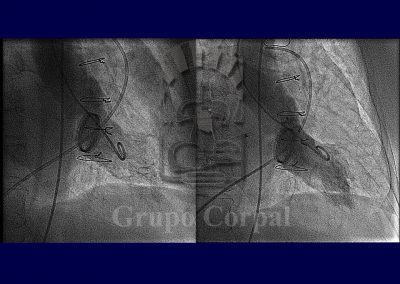 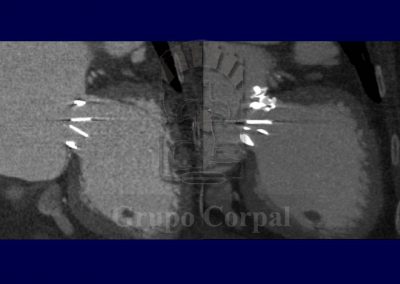